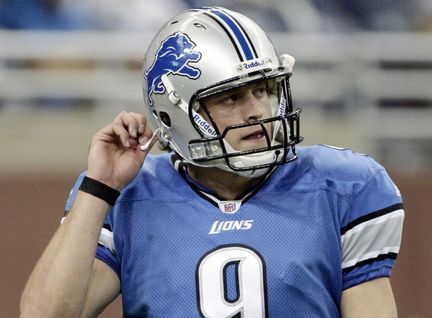 Stafford has the tools to take the next step.

It’s not always easy to gauge what player value will be in fantasy football in a couple weeks, let alone further down the road. It’s impossible to predict, but thanks to the FantasyPros.com’s Rest of Season fantasy football rankings, we have the opportunity to show you which guys we like more from right now until the end of the year.

I’ve tried to factor in injuries, performance and role as best as possible, and have come with a final set of rankings for the rest of the year, going into week eight. Keep in mind that some of these guys will get healthy and will sky-rocket up the rankings, while others could lose their job or their injuries could easily worsen, which could cause them to fall.

Here’s a quick rundown over the major question marks at each position, followed by the rankings for weeks 8-16:

Matthew Stafford is my biggest issue, I’m sure. He’s my #13 quarterback because he just is not taking what defenses are giving him and he’s making too many mistakes. The schedule hasn’t been easy on him, but he’s been doing very little right on a consistent basis and the Lions appear to be a bit of a mess, overall. He’s still a top-15 guy, but I don’t expect him to get hot enough to come anywhere close to the crazy season he had in 2011.

Lastly, Jake Locker (22) and Tim Tebow (35) are guys I really like but can’t rank them higher than I have them at the moment due to injury or role. Locker should be back in about a week, and I think he’ll have a very strong finish. The door isn’t completely closed on Tebow taking over in New York yet, either, so keep an eye on him as the weeks wear on.

Adrian Peterson is my #2 back because he’s Adrian Peterson and he looks 100% and then some. The multi-touchdown games could come in flurries going forward.

I really like Matt Forte, but his role isn’t what it used to be with Michael Bush around and Bush will keep vulturing TDs from him. He’s still a top-10 guy with upside, but at the moment I don’t see many explosive games ahead of him.

Trent Richardson is a fantasy rock when healthy. Unfortunately, his rib injury is already affecting him and could eventually rob him of some games. Until we gain more clarity there, I’ll keep him outside of my top-10 at #12.

I know Chris Johnson can kill it against the easy matchups, but is he all the way back? I’m not so sure. He’s still in my top-20, but I can’t vouch for him for much more than that. He’s simply burned me too many times.

A.J. Green takes over as my new favorite for #1 WR status, with Megatron coming in at #2. Calvin Johnson has one touchdown on the year and his quarterback is playing like trash. Green just keeps scoring touchdowns and gets targets for days.

I’m sold on Jordy Nelson, and with Greg Jennings still hampered by a groin injury, I don’t see any reason to keep him out of my top-10.

I still think there’s a chance Jermichael Finley breaks out. As long as Greg Jennings is hurt, he has a chance. I can’t keep him out of my top-10 due to his offense and his own talent.

I really like Kyle Rudolph, but his goose egg in week seven showed us more than ever that he’s very much a TD guy first, and a ppr threat third. What is he second? I don’t know, but he’s not a top-10 tight end if he can’t get more than 2 receptions in back to back games.

With that said, onto the rankings below:

One Response to 2012 Fantasy Football Rankings: Rest of Season For Weeks 8-16