2013 NFL Draft: What Will the Jacksonville Jaguars Do With the Second Overall Pick? 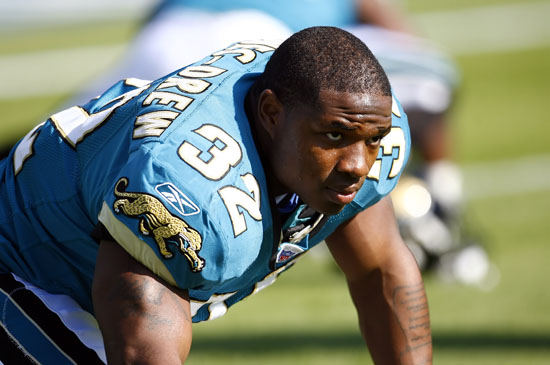 The Jacksonville Jaguars are on the clock. Pretty much, anyways. The Kansas City Chiefs haven’t actually made it official, but it’s no secret that they’re fairly set on Texas A&M offensive tackle Luke Joeckel.

And if that indeed is the case, then the Jaguars are the real NFL team we should be looking to as the 2013 NFL Draft closes in. But the question is, with so many issues and with a new regime in place, what do the Jaguars do? Instead of trying to fit their entire draft into one spot just yet, I’m focusing on just their #2 overall selection. Let’s weight the options and try to come to a final conclusion on how Jacksonville should kickoff their draft:

Outside of Joeckel, Fisher is the most balanced and NFL-ready left tackle in this draft, and he’s absolutely worth the consideration at the two spot. Tackle isn’t the biggest need for the Jaguars, but their line is far from polished, while Fisher is arguably the best available prospect if he ends up getting past the Chiefs, as expected.

Blaine Gabbert so far hasn’t proven to be the guy the Jaguars through they were drafting in 2011, so with a new regime in place, it might be time to move on. It’s a bit of a knee-jerk reaction for some, but drafting this year’s assumed top quarterback certainly wouldn’t be the worst move possible. The only problem is, is Smith really a good enough prospect to both take a chance on, and say good-bye to Gabbert, all in one breath?

Jordan is a defensive stalwart who brings elite athleticism and versatility to the table. He can play in any system and he can help a defense in a plethora of ways. In Jacksonville, he’d typically be playing with his hand in the dirt as a defensive end, and he could thrive in that position. With that said, he’s so gifted that he can stand up in coverage, too. If the Jaguars want to help themselves, they need to get a star player on defense. Jordan fits the mold.

You could toss in Star Lotolelei, Dee Milliner and a handful of others as secondary sleeper options here, but at #2 the Jaguars have to draft the best of the best. Or they have to get a guy they really love and believe in. Perhaps Barkley is that guy. He doesn’t have the athleticism or big arm teams crave, but there isn’t a more NFL-ready passer in this draft. He can make all of the throws that will be asked of him and he brings good leadership, poise and accuracy to the table. As crazy as it sounds, picking Barkley second overall really isn’t that crazy at all.

We have another day or so to dance around this pick, but the logic should have the writing on the wall by now: the Jaguars need to pick Dion Jordan. Geno Smith isn’t polished enough and could be just as much of a risk this year as Gabbert clearly was a couple of years ago. Gabbert could still get better, too, which could scare the Jaguars into waiting at least one more year (or one more round) to add another young passer.

With all that said, it’s probably down to the value pick in Eric Fisher or Jordan. Jordan fills a major need, though, and unlike Fisher, provides awesome versatility. Jacksonville’s defense is in a sorry state and landing an impact defender could change that pretty quickly.