Could Nick Foles be the Answer at Quarterback For Chiefs? 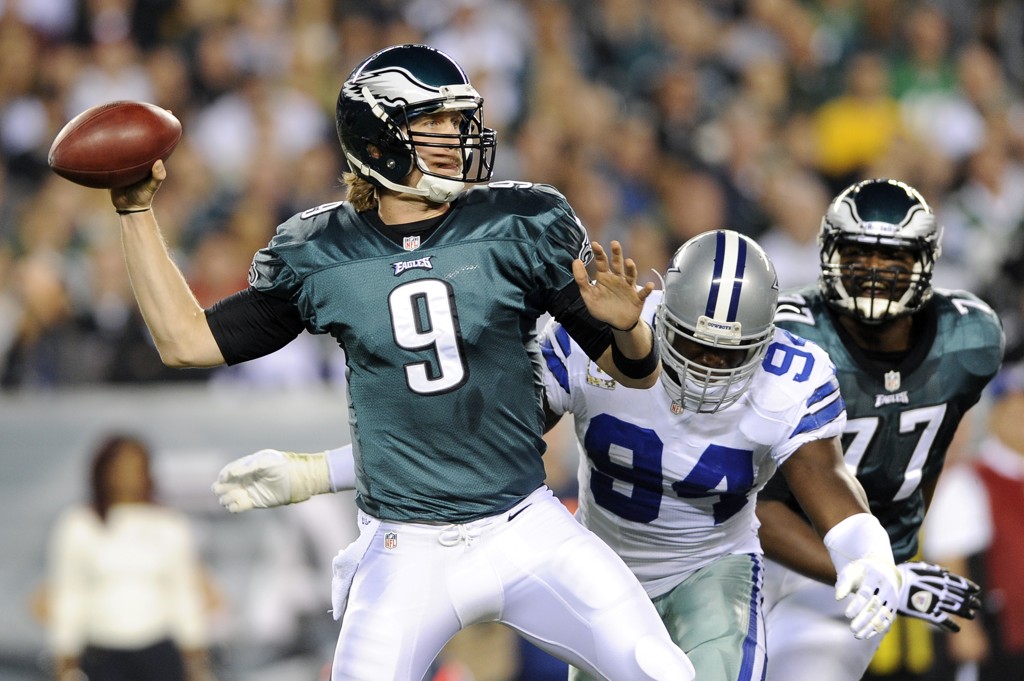 Nick Foles could be a Chief by the time the draft rolls around.

The Kansas City Chiefs don’t really have a quarterback, and now they might. Maybe.

According to USA Today, the Kansas City Chiefs are at least interested in adding Philadelphia Eagles quarterback Nick Foles via trade. New Chiefs head coach Andy Reid drafted Foles last season and ended up starting him down the stretch before Foles went on injured reserve with a hand injury. Foles performed fairly well during his time as the starter, and reports suggest Reid and Kansas City offensive coordinator Doug Pederson are both high on the quarterback.

Despite his solid showing as a starter last season, Foles could already be the odd man out in Philly, as the Eagles have already restructured Michael Vick’s contract, and recently signed former Oregon star Dennis Dixon as a backup. Both Vick and Dixon are athletic passers who are more natural fits for new head coach Chip Kelly’s up-tempo offense, while Foles is a pure pocket passer with limited mobility.

With all the facts in place, it only makes sense for Foles to go elsewhere to continue his young NFL career, and if Reid is as high on him now as he was when he drafted him in the third round a year ago, it only is fitting that he should bring him along to Kansas City.

Foles would compete immediately to be the Chiefs starting quarterback in 2013, and might not even face any competition at all. Matt Cassel is a strong candidate release, while neither Brady Quinn or Ricky Stanzi are threats to start, nor are either locks to keep their jobs.

The Chiefs could still switch things up by trading for San Francisco’s Alex Smith or drafting a quarterback. However, with no clear-cut quarterback being regarded as talented enough to deserve the #1 overall selection (which Kansas City holds), it may be in Reid and the Chiefs’ best interest to get their quarterback through another venue, and spend their high pick on a safer pick.

In fact, if the Chiefs felt they had their man in Foles and coughed up a mid-round pick (probably a third or fourth rounder), and also retained left tackle Brandon Albert (which they still could do), then they could bypass selecting tackle Luke Joeckel and spend the #1 pick on defensive stud Star Lotulelei.

No one knows for sure what Kansas City is going to do between now and the draft, but this report at least suggests that it’s no longer mere speculation, and the Chiefs finally have a real plan in place. And as ironic as it is, Nick Foles to the Chiefs just might be it.