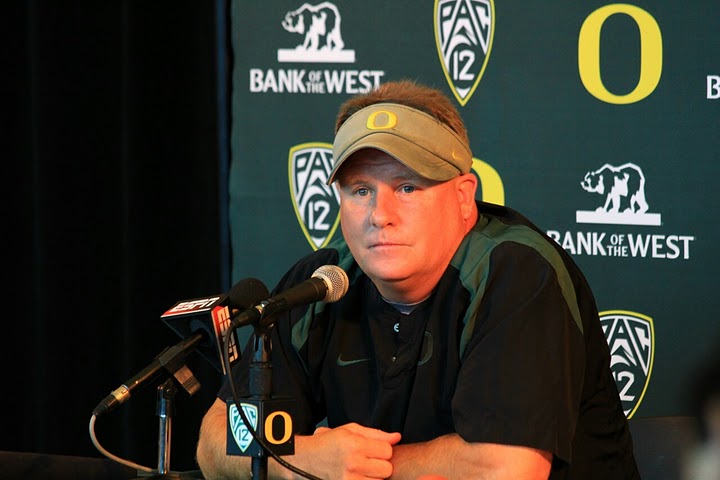 Multiple sources including ESPN.com and NFL.com are reporting that Oregon head football coach Chip Kelly will become the Philadelphia Eagles’ next head coach.

The Eagles’ search for a new coach to replace Andy Reid has been diligent to say the least. The Eagles spared no expense and turned over every rock looking to find the right guy for the job.

Rumors were swirling that former Baltimore Ravens coach Brian Billick was leading the pack. However, Chip Kelly apparently had a change of heart and decided this was the right time and place for him to go. An official announcement is expected later today or possibly tomorrow.

Kelly’s hurry-up fast -paced offense has been the talk of football; putting up points in the 50′s. Some NFL coaches, including Bill Belichik of the Patriots, have sought to pick Kelly’s offensive brain. It will be interesting to see if his offense can work in the NFL, as others like Steve Spurrier, also considered a great offensive mind, have tried and not been too successful. With this offense coming to Phili it will be interesting to see who Kelly wants as the QB for his Eagles’ offense. Could Michael Vick be the guy? Should be interesting.

On a side note, it’s interesting that Chip Kelly had a change of heart and what, if anything in particular, prompted it. He was riding pretty high at Oregon and looked to be primed for a national title any season now. I do have to wonder if Kelly had received wind of any type of sanctions due to reported possible NCAA violations. This will be key to watch. If it turns out that he deserted the Oregon program with sanctions forthcoming, he could be highly scrutinized, tarnishing an extremely impressive college coaching career.