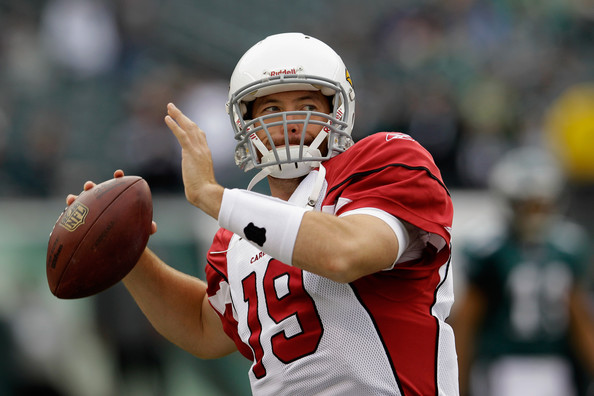 We are cruising right along the 2012 NFL regular season, and while some fantasy owners are pulling their hair out week in and week out, there is still hope.

NFL Soup continues to pump out fantasy football content for our readers all season long and we sure hope you’re undefeated in your league.

If not, that’s ok because we still have many different ideas to help you get wins on a weekly basis. Here are Week 7′s deep sleepers to take a look at in your league.

Richardson just keeps stealing carries away from Steven Jackson, and while Jackson is still performing well, the Rams recognize that he needs more rest.

With the Rams facing a weak Packers defense, Richardson could be a solid deep league Flex this week.

I don’t see Richardson scoring a touchdown, but his ability to run well and catch out of the back field certainly helps his chances.

Weeden is far from being a solid quarterback in either fantasy or real life.

However, he has performed well in his last two match-ups, throwing four touchdowns to three interceptions and 542 yards combined.

The Colts defense has had their moments of success, but overall they are just quite poor and Weeden could have another 15 point performance coming his way.

The issue with Henderson is that Lance Moore could hinder his targets.

The good news about taking Henderson as a risk is that he gets to face a very poor Buccaneers defense and a secondary that is now without cornerback Aqib Talib.

Henderson is usually a two or three catch performer, but getting 70-80 yards and a touchdown isn’t ever unrealistic for him.

Skelton takes over with Kevin Kolb out for a few more weeks, which means he must make the most out of his opportunities.

He faces a Minnesota Vikings defense that has shut down naysayers like myself, although I still suspect that this Vikings secondary is bound to hurt them down the road.

Regardless, Skelton is still worth a look so long as he’s throwing to Larry Fitzgerald and Andre Roberts.

Myers continues to post solid TE2 numbers, and ranks among the top 20 tight ends in fantasy.

He will continue to see plenty of targets from Carson Palmer and should have no problem getting five or six fantasy points a week.

The only thing making Myers a weak option is the lack of red zone opportunities for him, which could change against Jacksonville in Week 7.

Baltimore is down LaDarius Webb, so their cornerback depth will have to be tested at some point.

With the rush defense still expected to do a reasonable job even without Ray Lewis, the Texans may have to go to the air a bit more, and Walter could be the benefactor of a few catches.

He’s a huge risk, but if you’re hurting in your bye week, this could be a better than average week for Walter.

So long as Jones remains the #2 option for a quarterback who throws the ball heavily, I have trouble not putting him in my deep league lineups.

He’s not a great receiver, but he can make plays down the field when the defense is focusing too hard on Stevie Johnson.

Facing Tennessee’s weak defense in Week 7 is also another good reason to get him in.

DeMarco Murray is out against the Panthers this week, and Felix Jones will take over the #1 spot.

Jones can make plays, but don’t sleep on Tanner who will be the #2 this week, especially against a very weak Panthers rush defense.

Murray is only likely to be out for one match-up, but picking up Tanner for a spot start in deep leagues this week could pay off.

Givens has big play ability written all over him, and he has games of 8, 11, and 5 in his last three weeks.

His dropsies make the Rams coaching staff want to cringe, but you can bet that Sam Bradford will continue to check him out so long as Danny Amendola is sidelined.

Whether you like it or not, Matthew Stafford will throw for over 300 yards on a weekly basis.

Scheffler has been targeted less than 2011, but he is still a reasonable TE2 in deeper formats, especially if he can see more red zone opportunities.

This week, Stafford will have to throw the ball short and do more dink and dunking against a talented Bears defense, something that could benefit Scheffler.