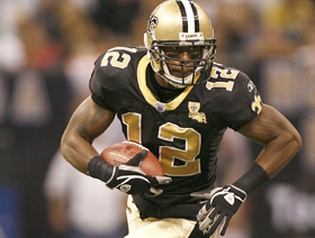 Fantasy football commenced in week four with the Baltimore Ravens and Cleveland Browns facing off in Thursday Night Football.

The game was much more entertaining than originally expected to be, but there are still 14 other games to be played this week.

In week three we highlighted risky options such as Ryan Fitzpatrick, Jamaal Charles, Mikel LeShoure, and the Dolphins defenses, all of which had very respectable days.

Here are week four’s biggest risks that could payoff if you plug them into your fantasy lineup:

Gabbert is far from being a QB1 at any point during the season, but he is improving in some aspects. He has faced two pretty poor secondaries in his first three games, and has taken advantage of the match-ups.

He gets another poor pass defense that was carved up by rookie Brandon Weeden in week two in the Bengals.

Cincinnati’s entire defense is playing quite poorly, and with Maurice Jones-Drew likely to have a big day, it really could open things up for Gabbert to take advantage of the weak safeties, and potential missing of Leon Hall this week.

If Hall doesn’t play for Cincinnati, Gabbert is a solid QB2 this week with QB1 potential.

Palmer has been a formidable fantasy starter this season scoring 17, 16, and 18 points respectively. If it weren’t for turnovers, he could be a top five option, despite being ranked seven currently.

The risk with Palmer is, of course, turnovers as well as the fact that Brandon Myers and Darrius Heyward-Bey are both likely out of this game.

Palmer will have to get the ball to Rod Streater and Denarius Moore quite a bit this week to be successful against a weak Denver secondary that has yet to stop anybody.

Turner has scored a touchdown in each of his last two games, but has yet to carry the ball more than 17 times, or rush for even 85 yards.

The high powered passing attack in Atlanta has kept Turner from being effective, as well as the fact that he simply seems to have run out of gas.

However, going up against the Panthers rush defense who gets torn apart week in and week out seems to be an excellent time to get Turner in this week, as he could have his first 100 yard performance of the season if he can get 20 carries.

Benson has been a reasonable fantasy rusher in the last two weeks, tallying 11 fantasy points in each of his last two outings despite facing very good rush defenses.

He gets a very favorable match-up against New Orleans this week, as they have the 27th ranked rush defense in the league.

What New Orleans is doing defensively surely isn’t pretty, and it was made quite clear against Seattle that the Packers need to run the ball to help out Aaron Rodgers.

Mathews getting back in action in week three was encouraging, as he rushed for 44 yards on just 10 carries, and caught another five passes for 32 yards.

But he did fumble, and it’s a problem that has to stop if the Chargers want to win football games.

The match-up is favorable against a Kansas City rush defense that is 26th in the league, but I’m not so sure that the Chiefs defense will continue to play poorly so long as Romeo Crennel is coaching.

There is more reward than risk here, but if he does fumble again, he could be in the dog house.

Colston has been a bit disappointing so far this year as he used to be a top 10 fantasy wide receiver.

However, Colston has a good track record against the Packers and Green Bay’s secondary is still struggling with consistency.

Having Drew Brees throwing the football to him is always a plus, and it’s only a matter of time before he breaks out and starts getting seven and eight receptions per game again.

Simpson’s suspension is over and he is walking into an offensive lineup that has impressed with the play of Christian Ponder.

Ponder has been doing a nice job of completing the short-intermediate passes, and having another speedy guy that can go across the middle, while also stretching the field, is a big plus.

Simpson has play making ability if utilized properly and there will be a time where he breaks out. Against a Detroit defense that can’t seem to stop anybody, Simpson could be a very solid WR3.

The San Francisco 49ers defense has struggled a bit against opposing tight ends, and Mark Sanchez will likely be forced to rely on Keller a bit more this week.

Santonio Holmes will likely have a rough game matched up against Carlos Rogers, and despite the athletic linebackers in San Francisco, I can see Keller coming out with a few catches over the middle and possibly even a touchdown.

The risk is high, but there is reward to be had if the 49ers play like they did in week three.

The Rams defense is another nice sleeper this week facing rookie quarterback Russell Wilson and the Seattle Seahawks.

The key will be shutting down Marshawn Lynch, which is unlikely, but the rest of the offense should be a piece of cake. Wilson does not have receivers talented enough to get consistent separation off of Janoris Jenkins and Cortland Finnegan, and the pass rush of St. Louis could force some mistakes.

The Patriots defense is still young and inexperienced, but they are getting better.

The good news is that they get to face the turnover prone Ryan Fitzpatrick, and Fitzpatrick is likely to throw the ball a bit more if the running game can’t get going.

The bad news is that Fred Jackson and C.J. Spiller could be back for this one, despite having injuries that appeared more serious at first look.

I’m not so sure that Chan Gailey will risk getting both backs in, so I can still see Tashard Choice getting a fair amount of carries. If that’s the case, the Patriots defense could be a solid surprise this week.