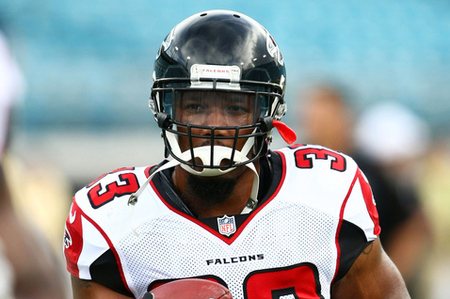 It’s officially fall, and the NFL season is going into its fifth week, which means that fantasy football is in full swing.

Whether you are 0-4 or 4-0, there’s still a possibility that you can still make or miss the playoffs, which makes each week important.

If you’re a risk taker like myself, you’ll appreciate this week’s risk vs reward options as we have an interesting list compiled.

If you’ve been following my twitter, or any articles from the week, you’d know that I was high on Matt Hasselbeck this week.

Is it necessarily justified? Probably not, but I do know that I have zero confidence in Minnesota’s secondary to play four consistent quarters of football against Kendall Wright, Kenny Britt, Jared Cook and Chris Johnson.

I don’t think Hasselbeck goes crazy this week, but he could have a QB1 worthy performance if he gets the ball into the hands of his play makers.

Fitzpatrick is owned in less than 60% of fantasy leagues, likely because he does nothing but throw interceptions. Ok. He actually does throw touchdowns too, and heavy amounts of yardage.

As fantasy owners, however, we are trained to see the negative.

Even against the #1 defense in the league, Fitzpatrick will throw the ball a ton, especially with his running backs not 100% still, and while the interceptions are inevitable, getting 15-17 points is not out of the question.

Turner had a big game against one of the worst rush defenses in the league a week ago, and I think he continues it this week.

The Redskins rush defense falls around the middle of the pack, but they have struggled at times against more powerful rushers.

Turner should be due for a touchdown and 80+ total yards, giving him above average RB2 numbers.

While he’s not 100% and I see Ryan Fitzpatrick throwing the football quite a bit, I still am struggling to sit Spiller because of his ability to break open big plays and make defenders miss in the open field.

He will have quite a challenge trying to run from Navorro Bowman and Patrick Willis, but it only takes him a couple running lanes to produce well enough in fantasy.

I’m still starting Spiller, although I could be in for quite the disappointment.

With Hakeem Nicks and Ramses Barden out against the Browns, Rueben Randle should be the #3 receiver.

Cleveland’s cornerback depth is poor and Eli Manning should have a big day. Randle has been disappointing coming into the season, but should finally get an opportunity to showcase his skills.

Randle could be in for a decent game as well as Domenik Hixon and Victor Cruz.

As mentioned earlier, I have almost no confidence in the Vikings ability to shut down Matt Hasselbeck and the Titans offense.

Hasselbeck knows how to utilize his receivers properly, where Jake Locker has failed (although we wish him a speedy comeback), and Kendall Wright could have a very solid performance.

With Lance Moore (hamstring) out and Devery Henderson (concussion) not 100%, Morgan goes into the game as the #2/3 receiver for the Saints.

After an 80 yard reception in Week 4, it’s clear that Morgan has the ability to make big plays, and while I don’t expect that to happen again, getting a few catches and having a respectable day with the Chargers focused on Marques Colston and Jimmy Graham, isn’t out of the question.

Celek used to be fantasy gold until nagging injuries and aging started to slow his progress. But don’t let that fool you because he can still play and score.

The Steelers are one of the worst teams in the league against opposing tight ends, and I expect Michael Vick to utilize Celek heavily this week.

The biggest issue with the Jaguar defense is the fact that their offense can’t sustain lengthy drives, wearing them out.

They also struggle getting to the quarterback, with just two sacks on the season. The good news is that they face a Chicago Bears offensive line that can’t protect Jay Cutler, and Cutler is a turnover machine waiting to happen.

The Bills defense isn’t as bad as the opponents scores actually suggest. They are getting to the quarterback, and forcing turnovers with 10 sacks on the season, four interceptions and seven forced fumbles.

Stopping the San Francisco running game will be the key, while not letting Alex Smith get comfortable in the pocket.

If they can do these things, they could have a solid fantasy performance.