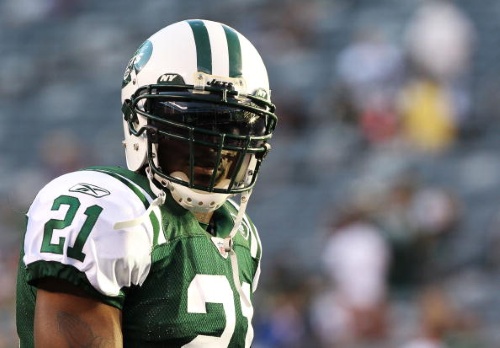 Can LT rebound against the Patriots?

We are nearing playoff time in Fantasy Football, and some more key byes, including the Packers and Saints this week could mean you are looking for players to start. Look at this week’s Sit/Start column to see who to sub in and who should ride the pines. But first, let’s review last week’s picks:

Starts: Josh Freeman had a pretty good day overall in Atlanta, and his team came a few yards short of going into first place in the division. He came pretty close to his projected stats, with nearly 200 yards, 2 TD, 2 INT, and over 20 rush yards. Mike Wallace was a great start call with over 100 yards and a TD.  LaGarrette Blount was a bad start call with only 46 yards against the Falcons. Visanthe Shiancoe was a good start call with the game tying TD and over 60 yards on the day.

Sits: Jay Cutler was a bad sit call, as he had 2 TDs and nearly 40 rush yards on the day. Percy Harvin was another bad sit call, as he totaled well over 100 yards with a TD. Cedric Benson was a mediocre sit call, he did get a TD, but also struggled to gain much yardage on the day. The only great sit call was Brent Celek, who didn’t record a single catch in week 10.

Believe it or not, the Jaguars passing attack has not been horrible lately. Sure, Garrard normally won’t get you much more than 200 yards, but against a weak Houston secondary, he should have at least a few TDs and some decent yardage.

All this guy has done has been one of the most consistent receiver in the NFL since week 3. Johnson should have a field day against Detroit, as he seems to have developed a nice rapport with Ryan Fitzpatrick. With Stafford out, the Lions will struggle to control the ball, giving Johnson even more opportunities.

For the second week, Blount is in our start column. This week, against the Panthers, he should have a much better week. Expect a score and around 100 yards.

Tamme will produce for the Colts against Cincinnati this week. Tamme has surprisingly been a go-to target of Manning, especially in the Red Zone.

This is going to be a tough matchup for Brady. The Pats offense isn’t what it used to be, but is now more middle of the pack. Against Pittsburgh, his numbers should be even lower than normal.

Just when we thought Calvin Johnson was back on track, Matthew Stafford is injured again.  Now with a 3rd string QB at the helm, the Lions pass attack will be almost next to nothing.

After a hot start, Tomlinson has cooled off a bit. This may mean more carries for Shonn Greene as the year progresses. Against a tough Cleveland defense (I know, I can’t believe I’m actually saying that), he may struggle this week.

One week after he was in the start column, Shiancoe goes back to the sit column. It was apparent that Percy Harvin is Favre’s new favorite target, and with the potential return of Sidney Rice, Shiancoe’s touches may be limited.

Good luck to all who play fantasy football in week 10!