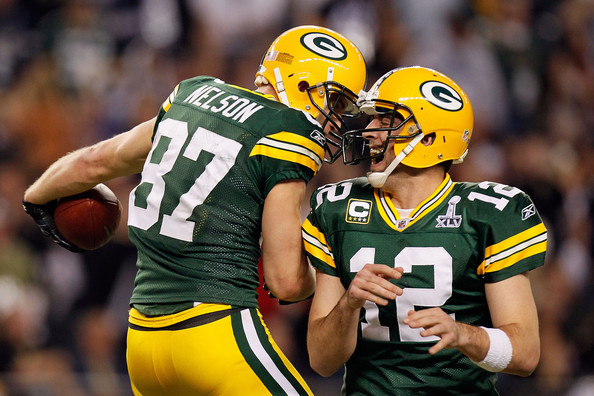 Welcome to another week of tough calls in fantasy football. Week Three provided us with a slew of close NFL contests, but was otherwise not very kind to football fans – specifically in the fantasy genre.

Last week’s starts yielded a 2-2 mark, as Cam Newton and A.J. Green came up lame despite favorable matchups, while Daniel Thomas, Scott Chandler, Eric Decker, were all solid calls, while Ben Tate was a push with 80 rushing yards and no score.

As for the sit suggestions, Kyle Orton actually posted a worse line that predicted (although we nailed the two scores and two picks), while Zach Miller, Arian Foster, and Marshawn Lynch were all solid calls. Percy Harvin racked up 88 total yards before leaving with an injury, and Dwayne Bowe continues to amaze me, as he had another solid game for the second week in a row.

That put me at 5-4 on the week (not counting Tate’s push). This week looks to be a tad easier to project, so let’s get right into our top Start and Sit calls for Week 4 in fantasy football:

Manning continues to play the exact opposite of what I predict, but judging by his six touchdowns in the last two weeks, it looks like he’s finally put it together with his weapons and is a trusted fantasy option again. It also doesn’t hurt that he’s facing a week Arizona Cardinals pass defense this week.

Jones erupted with a big game last week against a solid Redskins defense, and I think he’ll do well again this week despite the tough matchup with the Detroit Lions. The Lions stop the run pretty well, but they’re not amazing against explosive running backs, and they also give up plays to backs in the passing game. Jones will at least be active, so he has a chance.

I know he’s your stud and first-round pick, but don’t tell me you haven’t seriously thought about trading him or benching him so far. Heck, maybe you’ve already done both in the first three weeks. But if you haven’t, you may want to thank your lucky stars, as CJ2k could finally be in for a breakout week. He gets the 29th ranked Browns run defense, so it’s now or never. Take your shot in the dark with the guy that was supposed to be your team’s savior.

Rice hauled in eight passes for 100+ receiving yards in his Seahawks debut last week, and I don’t think it was a fluke. Tarvaris Jackson gets the ball somewhat in Rice’s location, and the guy just seems to always come down with it. As long as he’s healthy, he’s a legit WR3 option at the very worst.

Nelson is going to be hard to predict from week-to-week as a member of that deep Packers receiving corps, but I think he finds a way to go off again this week after taking a break in Week Three. The Denver Broncos really can’t stop anyone through the air, and Nelson should have an especially solid game if Champ Bailey misses action for the third straight contest.

Hasselbeck has been a nice little surprise early in the year, but that was with a big, reliable target like Kenny Britt roaming the field. Life without Britt could get difficult, so stay away from Hasselbeck this week as he may struggle to adjust.

Greene has been disappointing to start the season, but what else is new? The Jets aren’t looking overly committed to the ground game right now, and Greene gets the Baltimore Ravens run defense this week. Not exactly the week to bank on him blowing up.

I don’t hate Ingram, as he’s a pretty safe bet for solid touches, 40-60 total yards, and possibly a score. However, the Jaguars actually are pretty solid against the run, and Ingram still shares the ball with two other productive running backs. He’s not a bad Flex most weeks, but he’s starting to show he’s not anything close to an elite fantasy option.

I don’t hate Washington’s value down the road in 2011, but being thrust into the number one receiver role could be something he’s not quite ready for. He also goes up against Joe Haden this week, who is coming off of shutting down Brandon Marshall. Yeah…

Boldin is a no-brainer, but in case you looked at his awesome numbers from last season’s date with the Jets, I felt I had to put him in here. I also felt I had to remind you that he put up those numbers with Darrelle Revis on the sidelines. Boldin shouldn’t be so lucky this week.

Looking for NFL Tickets? Check out our NFL Tickets Page for deals on game day tickets for all 32 NFL teams!