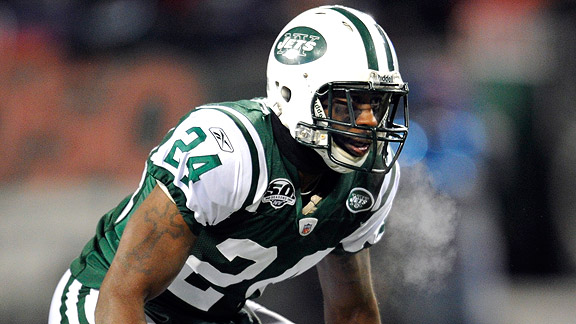 New York Jets cornerback Darrelle Revis, regarded as the best player at his position by everyone but Richard Sherman, is likely to don a new uniform in 2013.

Dan Hanzus of NFL.com reports that the Jets are “looking to trade” Revis this offseason. Recent speculation has linked the All-Pro corner with the Atlanta Falcons and San Francisco 49ers but, per Hanzus, his colleague, Ian Rapoport, has said that both teams are “not interested in Revis.”

The league’s other 29 teams should at least inquire about acquiring Revis, despite his torn ACL last season. But the real question becomes who would trade for him, and for what? Well, Rapoport spoke with two general managers who both believe that the Jets could trade Revis for a first-round pick this year and another pick in 2014.

Revis, who is only 27 years old, has been named to three All-Pro teams and four Pro Bowls. He is the epitome of a shutdown corner in today’s NFL—he got the nickname “Revis Island” for a reason.

While the Jets continue to rebuild from two straight seasons of turmoil, they will likely do so without their best player. As for the team that trades for Revis, well, their secondary will only have to account for the half of the field he isn’t covering.