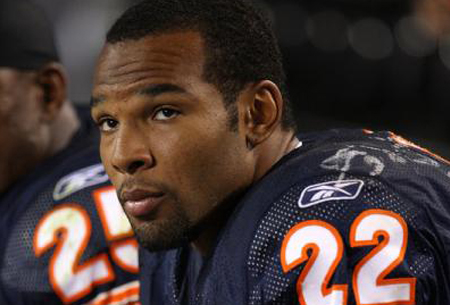 Matthew Stafford and the Detroit Lions will travel to Soldier Field for Monday Night Football to take on their division rival Chicago Bears and their stout defense. Fantasy wise the Chicago defense/special teams ranks first in total points scored with 92 fantasy points, while the Houston Texans are 24 points behind them in 2nd place. Needless to say the Bears defensive unit has been on a completely different level.

Two of the biggest disappointments in fantasy this year are on the same team and their names are Matthew Stafford and Calvin Johnson. Stafford has yet to throw more than one touchdown pass in a game this season, while also being ranked 16th in fantasy points scored for quarterbacks after six weeks. Johnson on the other hand was the first receiver coming off of the board in fantasy drafts this season. Through five games this year Megatron has one touchdown compared to the nine he had last season during the same time frame.

Here are the best fantasy match-ups for tonight’s game in what we like to call our Monday Night Football Fantasy Versus Decision Maker for Week 7:

We’ve already talked about Stafford’s struggles this season, and if you’ve watch any Lions games this season you can probably see that his throwing motion is awful, which is causing him to miss wide open receivers and overthrow the football. It’s not going to be easy tonight either, as Chicago is giving up the least amount to fantasy quarterbacks this season.

Detroit is weak in their secondary, so Cutler should be able to put up decent numbers in terms of yardage.

I think Cutler makes less mistakes then Stafford tonight, so give me Cutler over Stafford.

It appears that Forte’s ankle is back to 100% after his 107 yard rushing game last week. He also scored 28 fantasy points in two games against the Lions last season. Bush was brought in to vulture touchdowns from Matt Forte and that’s exactly what he is doing this season with three touchdowns compared to just one for Forte, but he hasn’t found the end zone since week 3.

This is not a good match-up for Leshoure or Bell, as the Chicago defense is giving up the 3rd fewest fantasy points to running backs this season. I like Leshoure over Bell obviously, based on the amount of touches.

Forte over all of these other running backs, then I’ll rank them Leshoure, Bush, and Bell.

Who would of thought that after week 6 in the NFL that Brandon Marshall would have more fantasy points then Calvin Johnson, not me. Although Johnson has more yards, they each have 35 receptions, however Marshall leads Johnson with three touchdowns to just one for Johnson.

You’re not sitting Megatron in any leagues, but I like Marshall a bit more than Johnson tonight.

With Alshon Jeffery (hand) out for an extended period of time, Hester and Bennett will see an increase of targets moving forward. Hester is expected to draw the start opposite Brandon Marshall, but Bennett could be the one who makes the bigger fantasy impact tonight.

I like Burleson over both of the Bears receivers, mainly because I think the Bears will pay extra attention to Calvin Johnson, in turn freeing up Burleson for a decent game. For tonight’s game it’s Burleson, Bennett, and then Hester.

Offensive coordinator Mike Tice has recently said he would like to get Davis more involved in the passing game, but it will be hard to trust that until they prove it.

It’s Pettigrew over Davis and it shouldn’t be close.

There should be some scoring in this game, whether it comes from field goals or extra points.

Hanson has missed only one field goal this season, while Gould is a perfect 10-for-10.

The Bears defense/special teams ranks first in fantasy points scored this season and Stafford has been erratic all season.

One Response to Monday Night Football Fantasy Versus: Lions vs. Bears Preview