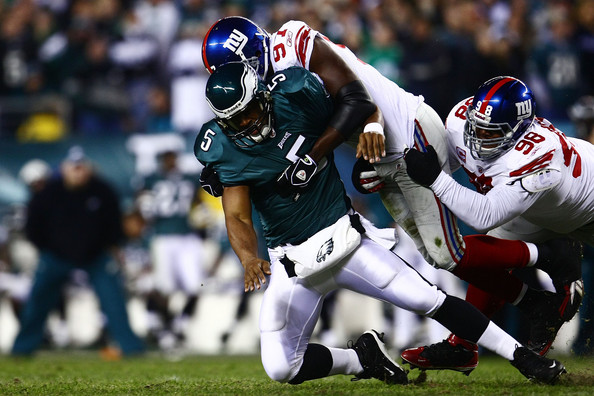 If you haven’t gotten the chance to check out our Week 14 Waiver Wire, take a look at who might be available in your league this week that can help your roster.

We’re putting extra emphasis on picking up Ryan Moats and Quinton Ganther, as both running backs have moved into full-time starting positions with the loss of their teammates to IR.

With it being playoff time already in some leagues, get the scoop on who’s going to either advance you to the next round in your playoffs, or get you into the playoffs if you’re not already in.

Young has clearly made the Titans better, due to his ability to run with the football.  While he won’t throw for 300 yards, he is a threat to pick up a good amount of rushing yards, which are worth more points in most leagues.

After his worst outing last week in Green Bay, Mason looks to rebound against another NFC North opponent.  Except, this time, it’s not a top-5 defense.  In fact, it’s the 32nd ranked pass defense in the NFL.

Charles has been one of the hottest backs in the NFL in recent weeks, and it doesn’t look like there is any reason he won’t have success this week against the Bills.  The Chiefs are even considering taking away his kickoff return role to get him more touches as part of the offense.

Rodgers will look to his main tight end against the Bears this weekend.  The Bears are very thin at linebacker, and any linebacker that tries to matchup against the athletic Finley will lose that battle.

If last week’s game is any indication, the Eagles want to use Michael Vick more down the stretch.  He stole at least one red zone TD from McNabb last week, and if it is windy in New York on Sunday night, Andy Reid may elect the faster QB more often.

It’s the time of the year when it is dangerous to play any QB or WR in the northeast due to weather.  Besides, the Panthers are in shambles with injuries and QB issues, so don’t expect much from “the original” Steve Smith this week.

Addai has been one of the biggest fantasy surprises so far this year, consistently getting 60 yards rushing and a TD in the past 6 weeks.  However, against a stout Denver run defense, the Colts’ offense will struggle this weekend.

Celek has been a nice surprise this year as well, but he will struggle (as well as the entire Philadelphia offense) on Sunday night.  If he gets a TD, it will be in the red zone, and if he does, consider yourself lucky.