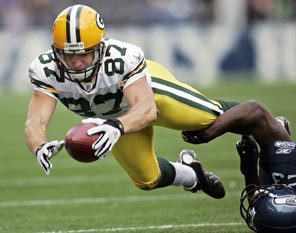 It’s not too late for fantasy stock to rise and fall.  Most of these fantasy risers and fallers below started off the season on the other side of the spectrum. Continue to monitor names like this as you start to jockey for playoff position in your leagues:

Freeman has been ballin’ lately with 748 passing yards in the last two games.  On Sunday, Freeman looked in command of the offense pacing the unit with 420 yards and three touchdowns on only 24 completions.  Freeman, a week earlier, threw for 328 yards and three touchdowns on only 15 passes!  Freeman is a solid waiver wire pickup if available and you need a fill-in with your starter struggling or on a bye.

As many fantasy writers including myself forecasted, MJD has sustained an injury that could keep him out for some time.  MJD’s foot injury could definitely linger even if he returns, so it’s smart to add Jennings if an owner hasn’t already wisely handcuffed him with MJD.

Stephens-Howling, NOT William Powell, was the feature back on Sunday for the Cardinals. Stephens-Howling surpassed the century mark with a score on 20 carries against the Vikings and also tacked on 45 receiving yards.

With Greg Jennings STILL out with an injury, Nelson has shined as Rodgers and the Packers’ offense looks back on track.  In the last two weeks, Nelson has totaled four touchdowns and has surpassed the 120 yard mark in both contests. Although he started slow, Nelson is flourishing mid-season.

Joe Flacco is the backup quarterback in my personal fantasy league.  I was comfortable with Flacco starting on my starter’s bye week but he had a poor showing Week 7.  Flacco completed less than half of his 43 pass attempts for only 147 yards and added two touchdowns.  Flacco’s QBR? 0.2.

Pierre Garcon is killing me.  Garcon was my hidden gem stashed on my roster heading into the season, and I was confident that he would be a solid option moving forward especially after his 90 yard touchdown reception in the first quarter of the first game of the season.  He unfortunately hurt his foot on the same play and has been injured ever since.  His return a couple weeks ago seemed preemptive and it is still lingering as we move forward.  He will probably be out for the next couple weeks with the injury and the Redskins have their bye Week 9.  Don’t expect him to be at full strength until late in the season at best if it does in fact no longer linger at some point.

Trent Richardson seems to have a hampering rib injury that is affecting his ability to perform at his highest level.  Richardson’s comments on the situation don’t make owners feel more comfortable:

“I’m not myself out there right now.  You look at me, I guess I’m not running hard like I’m used to, so I’m not out there right now. So it is worse than what people think it is.” Richardson could sit out this upcoming week but even if he’s active, he will not be near 100%.

Vernon Davis, against Seattle on Sunday, did not have a catch nor was he even targeted.   The week before he only caught three passes with his total yards coming in under 40 yards.  When asked about his struggles, Davis told reporters to ask the offensive coordinator after claiming his routes just aren’t there.