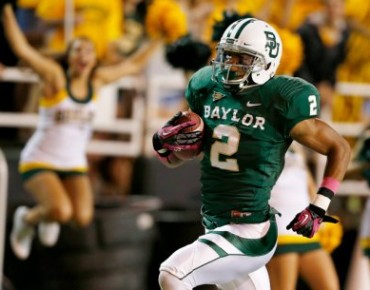 Not afraid to go up vertically and fight for the ball while it’s in the air. Plays physical at times and can get off of press coverage. Dangerous after the catch, having the agility and lateral ability to make people miss. Very willing blocker and a successful one at that. Very productive in college. Has a knack for big plays. Has great size and ball skills. Pretty good run blocker.

A bit of a one dimensional receiver, never really showing an ability to catch the ball over the middle of the field consistently. Doesn’t possess elite speed, but plays faster than his forty time (4.52) indicates. Never really seemed to learn the route tree, and really needs work perfecting his route running skills.

Williams is an electric player with nice size and speed. His major knock is his lack of versatility. He isn’t a great route runner and doesn’t have the best hands, either, but in the end he’s a game-breaker who can take the top off of the defense at times, and work magic with the ball in his hands. He’ll end up being drafting somewhere in the second or third round.

Draft Range: Second to Third Round