Week 13 Fantasy Football Locks: 4 Guys You Have to Start 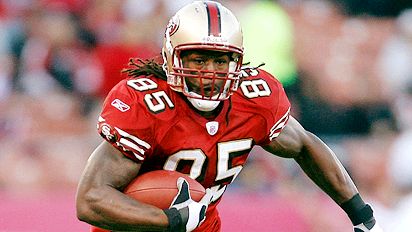 Davis should bounce back from an awful week 12 this week.

There’s nothing like this time of year for fantasy football. Week 13 is the week before most fantasy league’s start their playoffs, and it’s a crucial week to put the finishing touches on your playoff roster. Some guys are trying to stay undefeated, and others are just trying to beat out the other three 6-7 teams and sneak into the final spot.

If you’re going to do it, you might need some gutsy lineup calls. I’ve got four that should work, based off of recent performance and matchup. Let’s take a look at four guys that should be locks for quality fantasy production in week 13:

He’s in my top-10 this week, as he finally got off the schneid against the Packers and I feel he’s due for a huge game come Monday Night Football. He faces an awful Redskins pass defense, and that’s just the matchup he needs to help elevate your team to the fantasy playoffs. I’m looking for 300+ yards and 2-3 scores out of Manning this week.

Wells made his long awaited return in week 12, and didn’t disappoint. He found rushing yards hard to come by against a decent Falcons defense, but still managed to get 40+ yards on the ground, as well as two rushing scores. I don’t care if he runs for 20 yards this week, but if he can bring that goal-line value, he’ll be worth the risk. As luck would have it, he’s facing a pretty bad Jets run defense in week 13. I wouldn’t be shocked to see close to 100 rushing yards and another touchdown or two.

I know his troublesome foot has been a thorn in your side all year, but he finally woke up a bit last week, and I think that will only continue in week 13 in front of the nation on MNF. He has a beatable matchup against the Giants and he’s pushing the pain to the side. You can count on Garcon as a WR3, but I’m expecting closer to WR2 production in week 13.

Davis was held without a catch in week 12 for some reason, but judging by the way Colin Kaepernick used him two weeks ago against the Bears (6 rec, 83 yds, 1 TD), I think he’s in for a big bounce back game. He was fairly quiet against St. Louis in their first meeting, but I just can’t see that happening twice. Look for 60+ yards and a score this week.