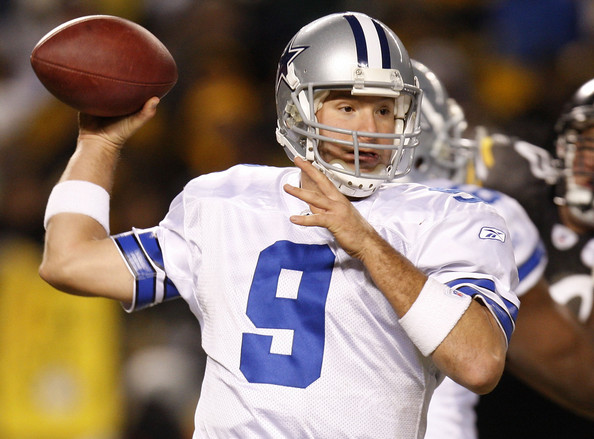 Romo could disappoint fantasy owners down the stretch.

It’s Week 14 of the NFL Season. It’s do or die time. It’s time to become a contender or pretender in your fantasy football league.

I’ve said all season with buy or sell that it’s a marathon, not a sprint. Well now we’re at the end of that marathon, so it’s time to sprinting. You’re likely in your last week of the regular season trying to gain that momentum and make a push into the playoffs. I’m here to give you those big time players to buy, and I’m selling those players that look tempting, but are just not worth it.

Let’s get it started:

I wasn’t too high on Newton a few weeks back, and since then, he’s really turned his game around (yes, I’m taking total credit for his turnaround). In the past three games, Newton’s thrown for 790 yards and six touchdowns with no interceptions, while adding 170 yards and two touchdowns on the ground. This week the Panthers host the Falcons, which may seem lopsided on paper, but earlier this season Newton played a great game against them scoring three total touchdowns. After that, he faces subpar defenses in the Chargers and Raiders. Newton’s in position to end the season as Superman.

I still have faith in last year’s Super Bowl MVP. It’s because the odds are stacked against him and the Giants that you have to believe they will all bounce back. It’s because they always do. In 2011, the Giants lost five of six games before reeling off those two in a row to win the division and make the playoffs, where Manning took off. Now, the Giants have lost three of four, but Manning has four touchdowns and no interceptions the past two weeks. Plus, the Giants play the Saints this week, who have the third-worst pass defense. What better way for the Giants to bounce back? Manning is their leader, so if he gets hot, the whole team gets hot.

If opposing defenses put 11 guys in the box on every play, Peterson would still rush for over 100 yards. The guy is an absolute monster, and his performance this season after tearing his ACL last year has reminded everyone why he’s the best running back in football. He’s ran for 100+ yards in six straight games and scored as many touchdowns. The Vikings host the Bears this week, and although they kept Peterson out of the end zone, he still ran for 108 yards on 18 carries. The Vikings know that their success is based off Peterson, so they’ll be giving him the ball plenty of times from here on out.

We all are aware of Romo’s superb November record and then awful December record. That’s why I’m selling him: I don’t have faith in Romo over the next few weeks to play good football, especially given his upcoming competition. Romo faces good defenses and secondaries in the Bengals and Steelers over the next two weeks. Both those AFC North teams rank in the top ten in overall defense and pass defense, with a combined 15 interceptions between the two teams this season. Romo isn’t going up against the Eagles anymore, he’s facing legit competition that are fighting for playoff positions.

Reunited with the Packers this week, Grant was the team’s last 1,000 yard rusher back in 2009. Though as a Packers fan I’m happy with the pick up, as a fantasy owner I’m not jumping on Grant. First off, he’s going to need time to adjust to in-game speed, and Mike McCarthy is going to ease him into the offense despite Grant’s knowledge of it already. He’s also listed behind Alex Green on the depth chart on the team’s website, and I expect the two backs (and John Kuhn) to split carries the rest of the way.

Another reunion this week, Stallworth joins the Patriots again after his one season with the team back in 2007. That year also marks the last time Stallworth was relevant and had good numbers. The Patriots brought him in as wide receiver insurance after the injury to Julian Edelman (who was playing fantastic by the way). Wes Welker is still their guy, Brandon Lloyd opens up the field, and the tight ends still run most of the offense with quarterback Tom Brady (not to mention the running game is good again).