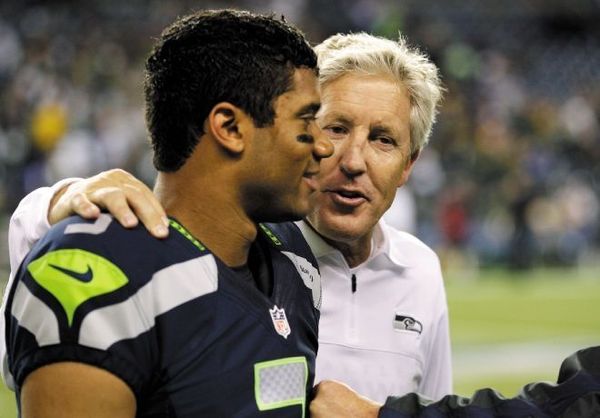 The fantasy football playoffs are starting. Not everyone’s league kicks off the playoffs this week, but a bunch of them do. Hopefully you made it in, but even if you did, you might be facing some tough roster questions due to injury, matchups, or just poor play.

We’ll talk matchups and start/sit calls all week, but for now let’s take a look at the waiver wire fodder that might be useful for your fantasy team. The following are available in at least 51% of all Yahoo! fantasy football leagues and could lend a helpful hand in week 14, and possibly even beyond:

Locker still makes mistakes (five picks in past two games), but he still carries potential and is a dual threat. He’s also been solid with yardage, with 260+ passing yards the past two weeks, and at least 21 rushing yards in his last three. The Colts are a good matchup for him, so I expect his second huge game of the year. He’s still learning, but he has major upside and should be rostered in most fantasy leagues.

Had a nice three game run of multiple TD games snapped against 49ers, which is totally understandable. This week he draws a shaky Buffalo defense that I think he should put up at least 200+ pass yards and two scores against.

Wilson does face an aggressive Cardinals D this week, but he’s fresh off of dismantling the Bears for 293 passing yards, two scores, and another 71 yards on the ground. The guy has nine touchdowns to no picks in his last four games. He could be worth the risk and should be owned in most leagues going forward.

Owens is a plodder and didn’t look like anything special against the Bills, but with so many injuries hitting Jacksonville’s back-field, he could have a ton of touches in week 14. Look for him to be the starter and be worth a look as a Flex play due to his role.

With Jame Starks down and likely out for a while, Green is back in the saddle as the team’s top running back. The team just brought back Ryan Grant for depth, but for the moment Green is once again a strong candidate for 15-20 touches per game.

Ballard is starting over Donald Brown and scored his first career touchdown in week 13. He’ll head into a nice matchup with the Titans this week with a solid role. He’s a quality Flex play going forward.

Dwyer is starting right now and put up 57 total yards and a score last week. The role should remain and he gets the Chargers this week. It’s not the best matchup, but he has a good role and can produce. Consider him a solid Flex play if you can use him.

Thomas is hard to trust but he’s the team’s #2 wide receiver for the moment with Ryan Broyles and Titus Young both on injured reserve now.

Givens went off with Danny Amendola out in week 13 (11 rec, 92 yards), and could do it again whether or not Amendola plays in week 14. Givens has shown he can make the big play or dominate as a possession receiver.

Gordon was hidden away for a while there, but he returned with his first career 100+ yard day in week 13. He’s back and the Browns face a beatable Chiefs pass defense this week. He’s still raw and streaky, but you have to love his upside.

Fleener’s size and athleticism finally paid off in week 13 for his first career touchdown in week 13. Fleener still takes a back seat to the more well rounded Dwayne Allen most of the time, but he’s healthy again and has a great matchup with the Titans in week 14.

Myers doesn’t fit our availability code, but this guy needs to be owned in more leagues. He had been killing it as a ppr beast all year, but rose to a new level with 14 receptions last week. The guy is a TE1 in ppr formats right now.

Bironas has once again been accurate, and has a nice matchup with the Colts this week. Look for him to be called upon quite a bit in a productive week.

Legatron stepped up and drilled two huge field goals in a week 13 win over the 49ers, and it looks like he has his mojo back. Expect that to continue against a shaky Bills team.

Cleveland either stifles opponents on the scoreboard or embarrasses them with turnovers. Against the Chiefs this week, they should do one of the two, but could easily do both.

Miami has a tough challenge on paper against the 49ers this week, but San Fran’s offense was held in check last week, so they have a chance. They’re been pretty reliable for most of 2012, so they’re still worth a shot here.