Week 5 Fantasy Football Duds: 4 Guys You Have to Sit 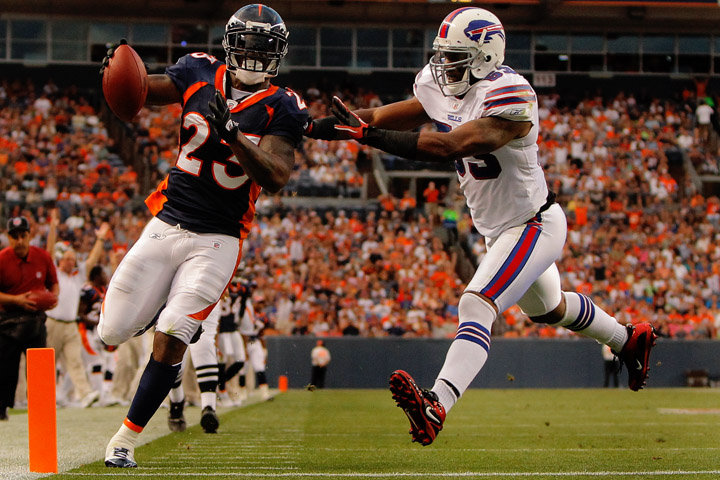 I was unbelievably off in last week’s “Duds” column, my inaugural breakdown of four guys you absolutely cannot play in a given week. And it couldn’t have gotten off to a worse start.

Seriously, the week I decide to demand you to trust in me for just four players, all four go completely against all logic and my orders, and have dream days.

Jay Cutler torched the Cowboys. Chris Johnson put up 140+ rushing yards on the Houston Texans. Danny Amendola salvages a solid day with his (and the Rams’) lone touchdown coming off of a damn fake field goal. And the previously inept Jason Witten caught 13 passes and a touchdown in garbage time in a blowout loss to said Cutler’s Bears.

But Thursday Night Football already came and went (thank God, too), so I also need to move on. Here’s another four guys I’m really not high on this week. Maybe you play the opposite game and play them anyways and they’ll pay off like all damn four of the guys I voted against last week. Or maybe I get back on track:

I’m sure he’ll actually throw for 500 yards and 6 TDs, but I have to roll with logic and cross my fingers that it prevails. If logic wins here, Fitz is in for a rough week. He threw 4 picks last week against the Patriots, so life could be even tougher against a nasty 49ers defense that abused the Jets in a shutout last week. I’m not feeling good about playing The Beard in any league this week.

McGahee has been really solid overall so far this year, but I think he’ll hit a wall vs. the Pats this weekend. New England has been stopping the run pretty good, and there’s a chance this game gets out of hand early and has Denver abandoning the ground game. Considering McGahee isn’t a killer receiver, his team shying away from the run could kill his fantasy stock for week five. I’m cool with Peyton Manning, but not McGahee.

The Law Firm looked solid early in the year but with three fumbles in his last two games (the first three of his entire career), he’s looking very shaky. Put him against a very underrated Dolphins run defense, and he could be in for a rough week. He’s still a borderline RB2, but I’ll refrain from playing him this week if I have an option even close to suitable to replace him.

Smith hasn’t really been an elite receiver much in 2012, and I don’t see his week 5 battle with a sick Seahawks defense being the perfect time for him to bust out. Seattle shuts down the run and could make Cam Newton and co. one-dimensional, which actually would play right into their hand, as they also are an effective pass defense. They’ve made every quarterback they’ve faced seem average, and they generally limit the #1 receiving option. I wouldn’t be shocked to see Greg Olsen do some damage, but I fully expect Smith to be contained.

One Response to Week 5 Fantasy Football Duds: 4 Guys You Have to Sit