Week 6 Fantasy Football Duds: 4 Guys You Have to Sit 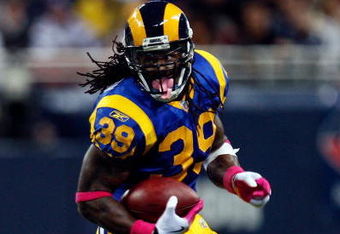 Sometimes you have to sit your studs in fantasy football. And I know it hurts, you’re crazy if you do it, and your opponent might laugh at you, but sometimes it’s the right thing to do.

I’m not merely suggesting these guys might be a little off this week. I’m banking on terrible games, and bad overall numbers. I very much dislike the fantasy prospects of four poor fantasy souls in week six, and here they are:

I just don’t trust the dude right now. I know he’s been up against tough defenses, but he’s tossed 5 picks the past two weeks and faces another challenge in the desert against the Cards this week. I’d rather take a gamble on someone else.

Jackson’s high of rushing yardage on the year is just 76 on the year and faces a Miami Dolphins run defense this week that gives up barely 61 rushing yards per game. So, no, I don’t like his chances.

I’m high on Smith in general, but he’ll be locked down by the Cowboys this week. Dallas tends to quiet down the opposing #1 WR and Smith was shutdown against the Chiefs, too. I’m guessing Anquan Boldin out-plays Smith in week six.

He’s expected back this week, but I won’t start him yet. I demand at least one week of proven ability without getting hurt again before I throw him to the wolves. We don’t know if he’s 100%, how the Pats will use him, or if he’ll stay healthy. Too much to worry about.

7 Responses to Week 6 Fantasy Football Duds: 4 Guys You Have to Sit