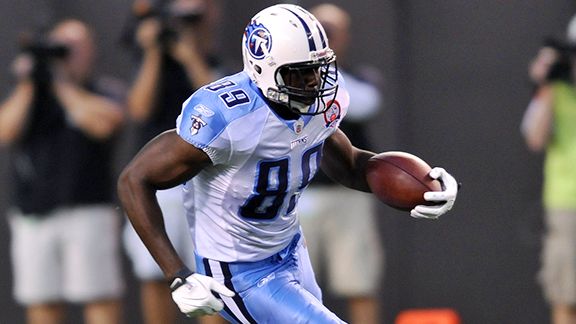 Week six isn’t quite as obvious was prior weeks when it comes to who you absolutely need to grab off the wire. Probably because there isn’t anyone that’s screaming that loudly. There were certainly some studly performances in week five, but you may want to hold off on a few, simply because they could be flukey.

With that said, you always can use a gem at running back or receiver, so we’ll dig up a few solid options that could pan out for you as the season wears on. All options are available in no less than 51% of leagues, and either have the ability to help you right away or should be stashed for future value:

Tebow may or may not get more involved against the Texans on MNF, but either way, I think we all sense a changing of the tide. He should be worked into the offense more, and could eventually be the starting quarterback. He needs to be stashed if he isn’t already.

Palmer is a bit of a forgotten man on the waiver wire after a week off (bye), but he could quickly be a hot commodity with so much poor quarterback play – not to mention injuries to RG3 and Matt Cassel. But despite all of that jazz, Palmer has been a yardage fiend (1,081 in just 4 games) and has thrown 5 TDs to two picks (which is crazy for him).

Go get William Powell. Maybe it’s a knee-jerk reaction, but the preseason’s best running back is getting a crack at the starting gig with Ryan Williams done for the year (shoulder) and Beanie Wells out for at least five more weeks (knee). Powell may have to share the ball initially and his o-line stinks, but he’s versatile and finishes runs extremely well. I have a feeling about him, and won’t leave him unowned in any league I’m in.

Cedric Benson (ankle) is out for at least one week, so Green could be in for extended playing time. He’ll be facing the vaunted Texans run D in week six, but he’s plenty versatile and explosive so he could be worth a shot. More importantly, he should have a bigger role going forward and any future Benson injury could give way to a huge role.

I think Hillis needs to be stashed. He has a bum ankle at the moment but the Chiefs know Jamaal Charles can’t keep shouldering such a big load all by himself. Hillis should still be the top #2 guy behind Charles when he does return. There’s still major TD vulturing value in standard leagues here, as well.

I don’t think Meachem going off against his former team (Saints) is a fluke. It’s merely the launching point of a potentially special season in his first year in San Diego. He and Philip Rivers finally got clicking in week five, and I can’t see how that just magically goes away the rest of the year. Meachem isn’t suddenly Vincent Jackson, but he needs to be picked up if your current crop of wide receivers is less than stellar.

Henderson busted out a bit in week five, and with injuries to both Jimmy Graham and Lance Moore, he could keep having a solid role. History tells you he’s inconsistent, so know that. However, if he’s one of Drew Brees’ top two  healthy options, he’s going to produce. Any week where Moore or Graham (or someone else) is hurt would be a good week to take a shot with him.

Cook just shouldn’t be available in any leagues. He’s incredibly explosive and has loads of potential. He’s inconsistent, which makes him hard to trust, but he has the most upside of any tight end on the waiver wire.

Dreessen is till the backup to Jacob Tamme and isn’t winning the target war, but I still think it might be only a matter of time before he does. He’s more athletic than Tamme and has scored a touchdown in three straight games. It’s worth noting when Peyton Manning keeps throwing touchdowns to a guy.

Walsh may be a rookie, but it’s clear you can trust in him by now. The Vikings have really good balance on both sides of the ball, which helps Walsh be a weekly option you can rely on. He’s scored at least 6 points in every game this year, topped 8 in four of five, and has at least 12 twice. He’s also three for three on 50+ yarders.

It’s pretty shocking how little Vin is owned these days, as the Colts’ offense is proving to be a solid machine and Vinatieri is getting plenty of chances to prove himself as a fantasy asset. He scored 12 points in week five and now has two games with 10+ points out of four contests. With Andrew Luck looking better and better, Vinatieri’s value is on the rise.

The Rams are a solid defensive unit, but their 9 week five sacks had a lot to do with the Arizona Cardinals’ offensive line struggles, too. With that said, they’ve only given up 82 points on the year, and are helped out by a balanced offense that tries to control the clock. They’re proving they can really get after the quarterback, while 8 picks helps their value a ton.