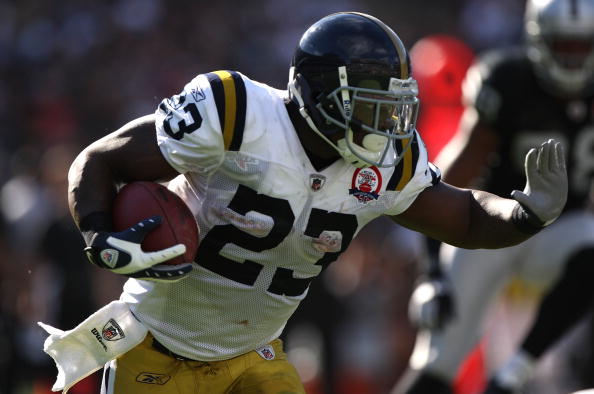 Can Greene carry you to a championship?

We’re back for the Week 6 edition of Targets and Touches, the most informative stat column in all of fantasy football. Last week, Reggie Wayne returned to his throne as he was looked at 20 times. Ahmad Bradshaw led all of the NFL’s running backs in total touches with 34. Who will lead the way in Week 6? Did Bradshaw get enough touches against the San Francisco 49ers to top this list again? Can surprise names from Week 5 like Jordan Norwood and Reuben Randle stick around, or were they one-hit wonders? Let’s take a more in depth look as to who touched the rock the most in Week 6;

Here are the NFL’s Targets and Touches leaders from Week 6:

In Week 6, the New York Jets rode Shonn Greene to victory giving him 32 carries out of the backfield. That resulted in 161 yards gained on the ground, and three touchdown scores. Not a great pass catcher, but when he gets his opportunities, I like Greene in the RB2 category. He scored 34 fantasy points, and outplayed every running back in the NFL by far. Greene showed what he can do when he gets a heavy workload. Can this workload repeat in Week 7 at New England? We’ll see.

Needless to say, Greene was riding my bench in Week 6. Sad.

Notable Mentions: Darren McFadden touches the rock 30 times while New York’s Ahmad Bradshaw touches it 28 times. Ryan Mathews also seems to have reached his normal workload as he touched the ball 26 times on Monday Night Football against the Denver Broncos.

To Dez or not to Dez?

Im buying high on Dez Bryant. Tony Romo now recognizes that Dez Bryant is his finest weapon on the field, and he is looking to #88 constantly. After catching just 13 passes in Weeks 1-3, Bryant has 21 catches in his last two games totaling 200 yards receiving. He was targeted a ridiculous 28 times in the last two games, and if it weren’t for some bad drops, he might of had back-to-back career high games. In Week 6, Dez was targeted 15 times and came away with 13 catches for 95 yards and his first two touchdown scores of the season. I’m ready to ride this horse, straight into Week 7 when the Cowboys travel to Carolina. The Panthers’ secondary is playing awful, allowing opposing wideouts to catch 22 passes for 350 yards and three touchdowns. I expect another monster week from Dez.

It seemed like until Week 6 came alone you might as well look for Antonio Gates’ picture on the side of a milk carton. But wait, He’s alive! After catching just 13 passes up until Week 5, future Hall of Fame tight end Antonio Gates was targeted 10 times resulting in 6 catches for 81 yards and two big touchdowns. Not saying the Chargers don’t have a plethora of talent lining up on offense, but it seems like Rivers should look to Ol’ Reliable a little more often. Gates is back folks! Some teams just do not have the personnel to cover a great tight end. Gates put up 20 fantasy points in Week 6, more than he totaled in all of 2012. The Chargers go on a bye week, and then will travel to Cleveland to face the Browns. The Browns will struggle all afternoon long with defending Gates. I expect another big day from 85.

Before we finish up, here’s a quick list of the Top 10 2012 Target Leaders through Week 6;

Don’t forget to check out the Week 7 edition of Targets and Touches!

One Response to Week 7 Fantasy Football Targets and Touches Report